Why jogging is good for your health 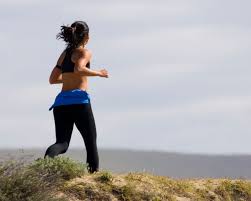 More than one million people in Britain go jogging regularly. But should they be put off by reports that it may not be as good for our health as we think? Scientists are claiming it causes premature wrinkles and is almost as harmful to the skin as the sun and smoking. So do your trainers hold the key to fitness or physical ruin?

REports that jogging can cause heart attacks are unfounded, according to cardiologist Dr Dan Tunstall Pedoe, the medical director of the Flora London Marathon.

More than 400,000 people have run the London Marathon since 1981, but there have been only five deaths in that time,' he says. 'And the people who died had severe heart disease, so they were already at risk.'

Studies have shown that regular running can cut your risk of heart disease by 50 per cent and, over time, it will strengthen the cardiovascular system, improving circulation and enabling your heart and lungs to work more efficiently.

According to the British Heart Foundation, around 10,000 deaths from heart attacks could be prevented each year if people kept themselves fitter with regular aerobic activities such as jogging. 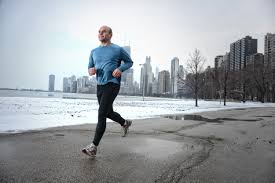 Running is one of the most high-impact of activities. With each stride, you take a shock equivalent to up to five times your body weight reverberating up your legs and into your spine.

By the time they cross the finish line in a marathon, the average runner will be about one centimetre shorter than when they started. Repetitive pounding causes muscles to tighten and vertebrae to compress.

This shrinkage is temporary and most runners will be back to their normal height the next morning. And it is not all bad news. According to the National Osteoporosis Society, the weight-bearing effect of running makes it one of the best bone-strengthening activities around.